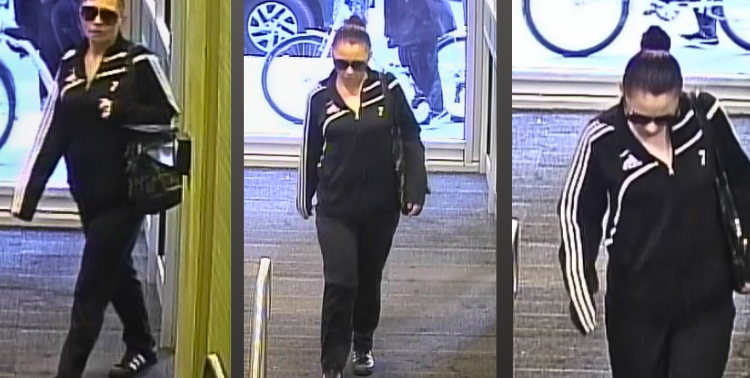 Windsor police are trying to identify a woman suspected in a robbery at a downtown bank.

It happened shortly before 5:30 pm Wednesday at the bank on Ouellette Avenue between Riverside Drive and Pitt Street. Officers responding to the location were told that a woman entered the bank, approached a teller, and demanded money.

The teller gave the suspect an unspecified amount of cash, and the woman left, according to Constable Bianca Jackson.

The suspect is described as a White woman, between 40 to 50-years-old, approximately 5′ 3″, with a medium build and medium-length brown or red hair. She was wearing black pants, a black jacket with white stripes, sunglasses, and black Adidas shoes.

Police have released surveillance camera images of the suspect and have asked the public to take a look.