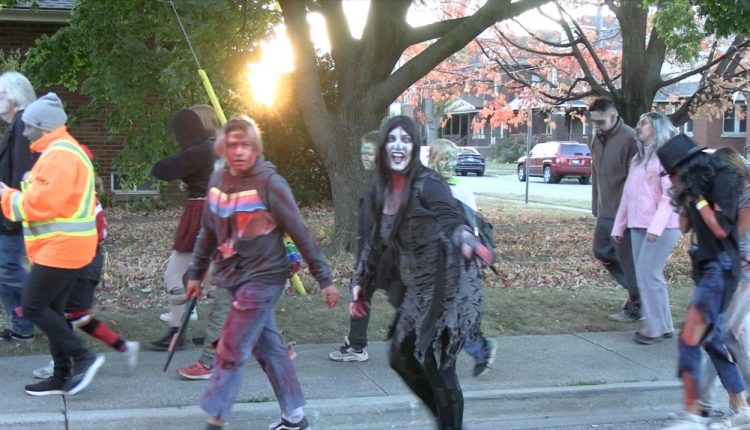 You may have seen something strange if you were near Jackson Park Saturday night.

Zombies took over the streets as hundreds participated in this year’s Zombie Walk.

The event launched from Scarehouse Windsor and roamed the streets scowling at anyone looking their way.

The Zombie Walk first launched in 2006 and helps raise money and food for the Downtown Mission.

Organizer Captain Hindgrinder says the group was hoping to donate about $1,000 and a few hundred pounds of food.

“Just because the captain has no brain doesn’t mean he has no heart so I feel spectacular about this” he said.